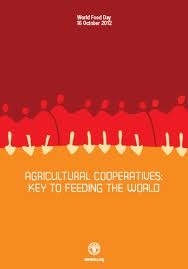 October 16 is World Food Day, and the worldwide community radio network of AMARC has launched a broadcast campaign to cover the event.

In partnership with FAO, AMARC has called all members of its network to produce and broadcast programs on their communities on October 16, 2012 and share them with the entire AMARC network via the web. The radios were invited to produce a program under this year’s World Food Day theme «Agricultural Cooperatives Key to Feeding the World», but were free to focus on other questions touching their communities.

The World Food Day broadcast campaign gathers together community radios from five continents on the common struggle against the scourge of hunger at all levels, local, national and international. It also motivates community radios to use new technologies such as internet to further amplify the voices of the excluded and marginalized.

The programs, broadcasted in English, French, Spanish, Nepali, Portuguese, Bahasa and other languages, are available for download and rebroadcasting to local communities on AMARC website at this link http://www2.amarc.org/?q=wfd2012.

The World Association of Community Radio Broadcasters (AMARC) brings together a network of more than 4,000 community radios, Federations and community media stakeholders in more than 130 countries to advocate for the right to communicate and promote the interests of the community radio movement through solidarity, networking and cooperation.