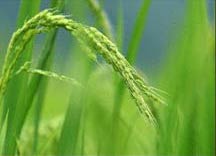 In Bangladesh, despite inadequacies in resources, the rural communication services (RCS)1 provided by the government agricultural extension office remain the most accessed and trusted sources of information on saline tolerant rice variety (STRV) among farmers in Amtali, Barguna district, Barisal. Public extension occupies a central position in the communication network of farmers.

These are among the major findings of a doctoral dissertation in development communication conducted by Mohummad Kamrul Hassan at the University of the Philippines Los Banos.

The study explains that the farmers value the face-to-face encounters with the Upazila agricultural extension workers who provide them with new knowledge and information about STRV. The government services are augmented by that of the NGOs. The latest were found to be more influential in enabling farmers to adopt STRV, as farmers appreciate the technical and material inputs extended by the NGOs. But because of lack of capital for the necessary inputs in STRV farming (e.g. seeds, fertilizers), farmers end up using only a small portion of their farms for STRV.

The study also looked at the social networks of farmers adopting STRV in Amtali. Social networks are a social structure made up of individual actors (or organizations) called “nodes”, which are tied (connected) by one or more specific types of interdependency. Social network analysis has emerged as a key technique in modern sociology, especially in communication studies.

It was found that between and among other rural communication service providers (i.e. NGOs,  research institutes, private company, media and academe), only the government extension service has high centrality in the network of farmers. This means that it has a large influence on the transfer of information and knowledge through the network, under the assumption that item transfer follows the shortest paths. One farmer stands out as an “influential”, being a recognized farmer leader by other farmers. He shares knowledge not only among his peers but also to other farmers who are not yet STRV adopters. Least information is shared in producer organizations, as many farmers are not members of any organization.

Note: Dr. Hassan’s Phd dissertation will soon be available in our library of ComDev resources

1RCS “is a working concept that seeks to frame a wide range of processes, activities, media application and institutional arrangements that respond in a sustained and inclusive manner to the communication needs of farmers and rural populations” (FCCM, 2014). RCS can maximize the resources of research and extension services and strengthen the linkages with other public institutions and NGOs to deliver farmer-centered agricultural advisory services.